On June 2nd, I held a wool dyeing workshop at one of my sites, the William Cullen Bryant Homestead.  This was the first time a workshop like this was held here, and our participants thoroughly enjoyed it! 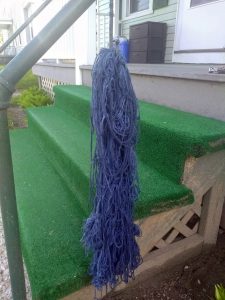 I first encountered wool dyeing at the living history museum I worked at outside of Chicago before coming here to the Trustees. One program we offered was Civil War Days, a two-day event where we would have wool dyeing demonstrations in our weaver’s cabin in addition to reenactments, a battle, spelling bees, and more. As a relative novice to the dyeing arts, I did a quick test run prior to that August weekend and enjoyed seeing what colors come from a specific plant.

After moving out to Massachusetts in September, I wanted to do something with historic trades during my time at the Homestead. I knew it would have to be in the spring or summer, as it is not open for the winter outside of our Christmas event and a maple sugar event. So, I proposed this be one of my projects to do, and it was selected. 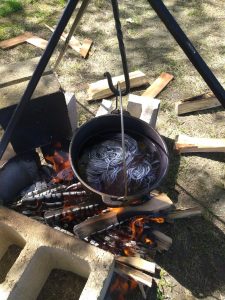 I chose early June for the date, as nice weather is always preferable for outdoors natural wool dyeing. Supplies were ordered and picked up, wool obtained, and June 2nd soon arrived.

As luck would have it, the weather forecast called for thunderstorms during the second half of the workshop, so there was a quick switch around for the day of timeline. Instead of dying in the second half, I had our five new natural wool dyers dye in the beginning, then provided a tour of the homestead when their skeins were soaking in the dyepot.  This was well appreciated, as it started to pour when we moved our pots under the porch!

After the event was completed, I was told how much my participants enjoyed learning something new and bringing home two new dyed skeins of yarn to use in their projects!  New friends were made and I could not be happier that one of my solo projects went so successfully! 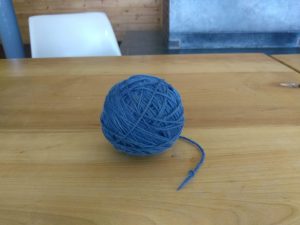