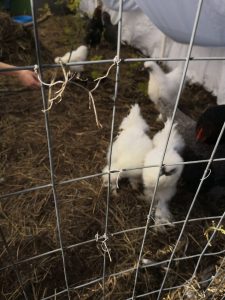 Last year, I raised some chickens by accident. It started with one broody hen and some abandoned eggs, and then spiraled upwards from there.  Six weeks later, I was packing up the car for a 38-hour drive to Massachusetts and my parents had “acquired” 8 or so new chickens and two lightly used incubators.

Over the course of the summer, I become fluent in the stages of egg development and the art of raising chickens. Partially out of necessity, not knowing the difference between a pip and a zip can cause you to be brutally lambasted by the passionate people of backyardchickens.com. But truthfully, I struggled to explain my newly found passion for avian husbandry to my very tolerant parents and bewildered partner, as they watched my childhood bedroom fill little peeping fuzzballs.

At the time, I am not sure why I was doing it. I mean, yes it was fun, but there was something deeper I was looking for. See, I was born and raised in Montana, a child of the intermountain west, and here I was, biding my time at my parent’s house until I moved to Massachusetts in August. I had had a plan, a fairly flexible plan I thought, of what life would look like after undergrad, and Massachusetts did not figure in that plan. But, god laughed and last March, my partner got into graduate school on the east coast, the kind of graduate school you can’t turn down, even when it feels like a punch in the gut. 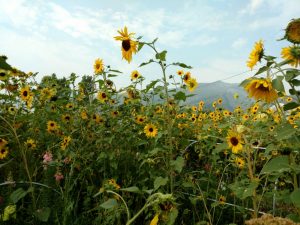 After looking at a map and realizing Boston is north of New York, I felt better but not much. I had never even considered living on the other side of the Mississippi, much less on the east coast. My entire identity was rooted in being from Montana, in being from the west. I chose to study ecology so I could understand and protect the Rocky Mountain ecosystems. My free time was spent on ridges and talus slopes, exploring the blank spots on the map.  I didn’t even know how to begin to comprehend how to process what it would mean to give all of that up, to move across the entire country, to a metropolitan area.

So, I raised a brood of chickens. They were adorable, fluffy and I would fall asleep to their contented peeping. Some came from my parents’ hens, some I got off craigslist from an entrepreneurial twelve year-old because chicks needed friends (An opinion, I will point out, that is widely supported on the backyard chicken forums). And when the time came to move, I left my parents with extensive instructions and cried when they sent me blurry photos. 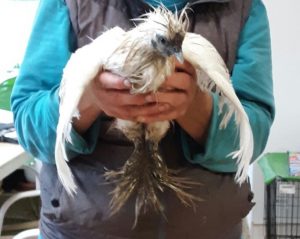 I won’t lie, it’s been hard. But, I got lucky, because when I got to Massachusetts, I joined TerraCorps.

TerraCorps prides itself on helping connect people to the land. I had applied initially because it seems close to what I wanted to do, but what I now realize is that I needed to see that connection. I have gotten to spend time with people who are passionate about saving the land in their community, who are empowered to protect what is their place. This past weekend, we held our second Discovery Day, a program designed to teach people identification skills. It was amazing to watch people get blown away again and again by the amazing diversity of the natural world. I began to see the landscape through their eyes, to see why this specific spot is so important to them.

I don’t have roots here yet, I may never. But through my service with TerraCorps, I am starting to understand better what it means to love a place.

Sara served as a Regional Collaboration Coordinator at Sudbury Valley Trustees for TerraCorps 2018-2019.